Murder Island is a solo journaling game using the Wretched & Alone SRD. It is played using a pack of cards, a tumbling block tower, tokens, and one six-sided die.

You are trapped on an island for killers.

The law says it is immoral to make an innocent person carry out the death penalty. Your kind are not wanted in the prison system, reform is not something they believe you capable of. They cannot kill you, so instead they make you disappear.

There is an island with the sole purpose of punishing killers. Food is limited. Weapons are plentiful. No land is within sight.

There is no escape from Murder Island.

You have been convicted of murder, although you’ve never killed anyone in your life. Your survival is unlikely. The killers far outmatch you in experience.

If you want to leave the island and resume a normal life it will mean proving your innocence.

The chances of doing this are slim. You will likely be murdered before gathering the evidence to set you free.

You could use your conviction to your advantage. Embrace it. Kill the others on the island. With enough time and murder you will have a reputation big enough for the others to leave you alone.

Yet, if you do choose to murder anyone on the island you won't get an opportunity to prove your innocence.

You are not prepared for this. You are likely to die, but you refuse to do nothing.

Which route will you choose?

Had the pleasure of playtesting Murder Island and it was a blast :D I'm a big fan of the varied endings and roleplaying opportunities. 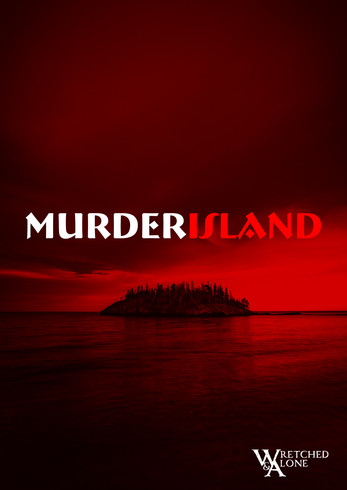 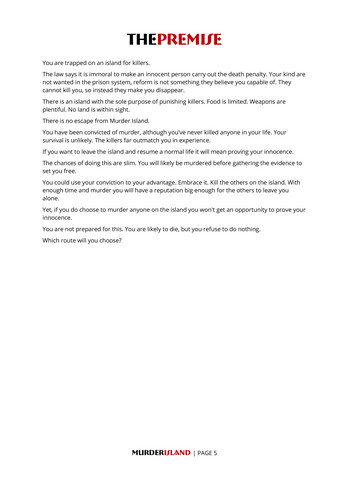 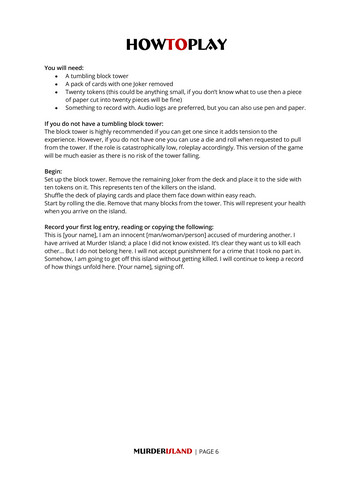 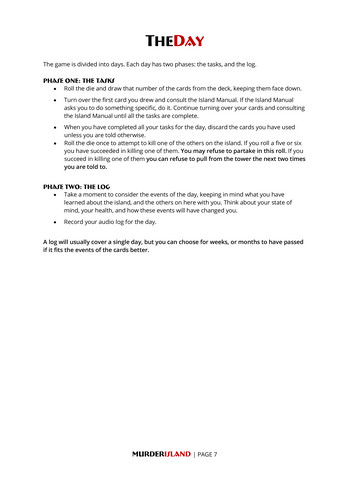 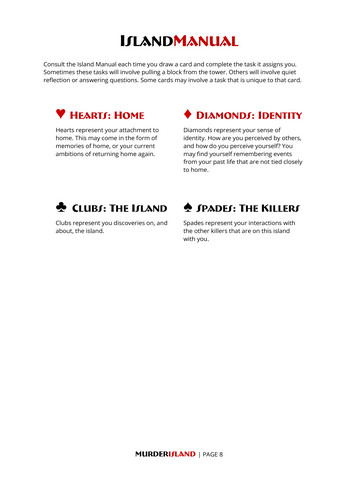